For your information, the following debate will be happen in February, and is the last debate prior to Super Tuesday when California will vote:

Tuesday, February 25th at Gaillard Center in Charleston, SC sponsored by CBS News, Twitter and the Congressional Black Caucus. As of February 20th, six candidates have qualified. They are Joe Biden, Mike Bloomberg, Pete Buttigieg, Amy Klobuchar, Bernie Sanders, and Elizabeth Warren.  It is expected this debate will begin at 5 pm (PT).  We will update this as more information is provided. Set your DVR.

As more information becomes available, we will notify you. Mark your calendars! 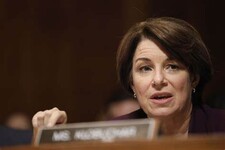 Quote: "I’m running because I believe we can be a nation governed not by chaos – but by opportunity."

Signature Policy: Reducing the influence of money in politics, automatically registering young people to vote and reinstating climate regulations rolled back by Trump. She also called for “digital rules of the road” to protect Americans online, policies to cut drug prices and a path to universal health care.

Listen to a Full Interview: Pod Save America - 2020: Amy Klobuchar 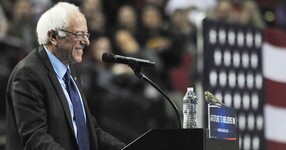 Quote: "Democratic socialism means that we must create an economy that works for all, not just the very wealthy."

Signature Policy: 2016 campaign set the table for 2020. He gets full credit for mainstreaming a $15 minimum wage and tuition-free college Sanders recently introduced the “For the 99.8% Act” that would sharply increase the estate tax, including imposing a 77 percent tax on estates in excess of $1 billion, raising an estimated $315 billion over a decade.

Listen to a Full Interview: The Bernie Sanders Show: Our Budget Priorities with Elizabeth Warren (recorded in 2017) 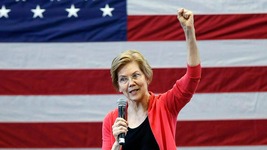 Quote: "The game is rigged. We can whimper, we can whine, or we can fight back. Me, I’m fighting back."

Signature Policy: Elizabeth grew up on the ragged edge of the middle class in Oklahoma and became a teacher, a law professor, and a US Senator because America invested in kids like her. Warren proposed universally free public higher education, so that we don’t find ourselves in another student-debt crisis. Warren wants to address American inequality with a wealth tax, imposed annually on ultra-millionaires, to pay for benefits, including universal free or low-cost childcare, for “yacht-less Americans.” Fortunes greater than $50 million would be taxed at 2 percent. See A Guide to Elizabeth Warren’s (Many) 2020 Policy Proposals for more. 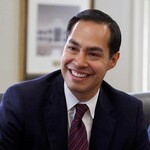 Quote: "We know that in our free market economy some will prosper more than others. What we don't accept is the idea that some folks won't even get a chance."

Signature Policy: Pre-K for USA, nationwide universal pre-kindergarten programs, are the centerpiece of his People First education plan. “Investing in early childhood education isn’t just the right thing to do on behalf of our children,” Castro says. “It’s an investment that we can’t afford not to make.”

Listen to the Full Interview: Pod Save America 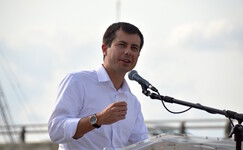 Quote: "The president's promise is to turn back the clock, that we can somehow just go back to the 1950s. It’s just not true. The economy is changing, the pace of change is accelerating, and what we’ve got to do is master those changes in order to make them work for us."

Signature Policy: “The electoral college needs to go.” Pete believes in our democratic republic, but knows that our government has not been nearly democratic or accountable enough. Too many communities have been denied their voice in the political process while our democracy has been captured by special interests and those with the greatest economic power.

Listen to a Full Interview: Pod Save America - Pete Buttigieg

Andrew Yang, Tech Executive and founder of Venture For America 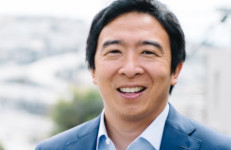 Quote: "As a society, we can't hide from the future; we have to build and own it."

Took the Indivisible 2020 Candidate Pledge: NO - Has not yet pledged to a constructive primary & beating Trump

Signature Policy: The 44-year-old is running on a platform of a universal basic income, to counteract the worst effects of automation in the workforce. Yang spoke at length to Rolling Stone about his “Freedom Dividend,” insisting: “You want to universalize it so it’s seen as a true right of citizenship.”

Listen to a Full Interview: Is our economy totally screwed? Andrew Yang and I debate - The Ezra Klein Show 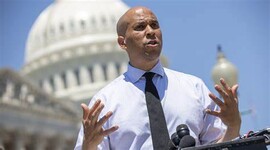 Quote: "The lines that divide us are no where near as strong as the ties that bind us."

Signature Policy: Baby bonds. Booker would target the wealth gap in America by seeding “American Opportunity Accounts” for children that would allow kids from the poorest families to enter adulthood with a nest egg of up to $46,000 to invest in education, home ownership or retirement.

Listen to a Full Interview: Pod Save America - 2020: Cory Booker on radical love and the filibuster 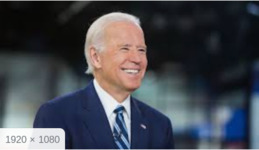 Quote: "Our country is being put to the test ... but I've never been more optimistic about America."

Signature Policy: In a Biden administration, America will lead by example and rally the world to meet our common challenges that no one nation can face on its own, from climate change to nuclear proliferation, from great power aggression to transnational terrorism, from cyberwarfare to mass migration.

The first 2020 Democratic Primary Debate will air on NBC, MSNBC, and Telemundo over two nights on Wednesday, June 26th and Thursday, June 27th, 2019. The debate will feature back-to-back primetime broadcasts on consecutive nights to ensure each candidate gets access to a primetime audience.

Watch parties are being planned!

We will not email you solicitations for donating. We will only email out our newsletter once a month, and the occasional announcement about local events like a rally or meeting. We're stronger together, so lets stay in touch.

You can download the latest issue of The Donkey Tale on our Newsletter Archive page.

Nearly every fourth Wednesday we hold a Dinner Meeting at the Veterans Memorial building in Santa Rosa. These meetings are free and open to the public and always have a guest speaker. Past speakers have included political language expert George Lakoff, Congressman Mike Thompson, and Governor Jerry Brown.

We always have an optional buffet-style dinner at each meeting. The buffet costs $20 per person or $15 for members. The food is prepared fresh and includes appetizer, main course, dessert and beverages (coffee, juice or ice tea). Beer and wine are available too for a small donation.

So that we know how much to cook, we ask that those who want dinner RSVP no later than 11AM the day before the meeting. You can RSVP through this site or leave a message on our voicemail at 707 583-2350.